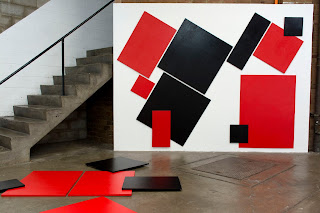 
A-four to A-zero is an exploration through lino printing of the material intersections between colour, form and paper, referencing the particular geometry of A-series rectilinear shapes. The elusive translucency of architectural negatives forms the ground for overprinting in geometric shapes derived from an A4 lino block. These compositions in red and black form an ongoing investigation into spatial relationships. 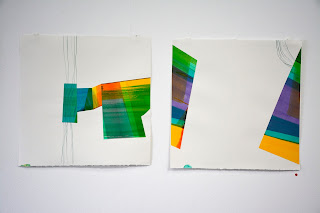 The Abstract Project’ a collaboration between artists Elisabeth Bodey, Jan Handel and Alexandra Kennedy. Works made in response to or as an outcome of their 2017 residencies at Abstract Project Galerie, Paris. This residency program, now in its third year is a joint initiative of Factory 49 & Abstract Project.
at April 27, 2018 No comments: 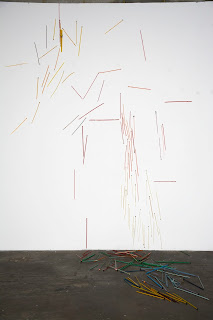 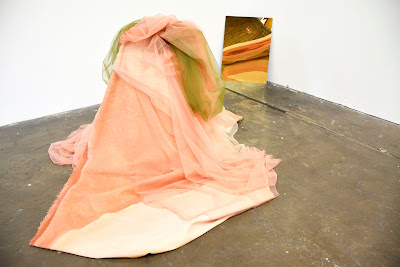 Coexistence (2018) explores the relationship between material, colour and the construction of unity between opposing elements.
Through a continuous process of experimentation, organic lines, geometric shapes and materials - such as fabric, canvas, polyester and wood - are used to juxtapose ideas of reality and illusion; fragility and strength; as well as absence and presence.
The pouring of translucent acrylic glazes on different materials - and allowing gravity rather than a paintbrush to dictate ending forms - result in overlapping layers to form different compositions on the surfaces, adding levels of nuances to the work.
As a result, the artist's emphasis is on the sensory perception of the viewer and the materiality used in the pieces. The ambiguous components found in the works are meticulously created to offer the viewer a sense of coexistence and interactions of opposites.
By examining and deconstructing the meanings within the layers and materials, it became a thought - provoking process to demonstrate how opposing elements can rely on each other to exist. 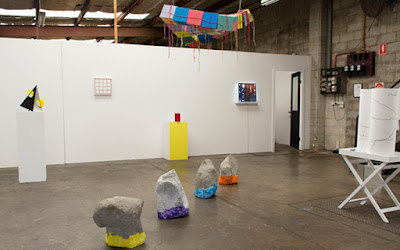 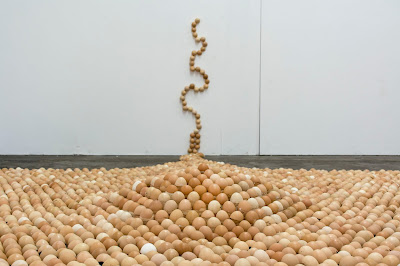 A reclusive creature, Octopussy (Octopus gallus) was first discovered in its larval stage (diameter of .5m), in Los Angeles during the month of June 2015, with many reported sightings throughout the city but after a week it disappeared.

There was another sighting, in its juvenile stage (diameter of 2m), in Sydney on the 24th of July 2016 that lasted for only 5 hours but we are privileged to have a mature specimen (diameter of 8m) in the gallery for the next 2 weeks.

No one knows how big it will eventually get, as scientific analysis has revealed that the body is made up of 8,000 free range egg shells, as each one was individually cracked, cooked, washed, soaked, dried, stored over a period of 8 years and as you can see it is slowly making its way up the wall, as it does not like to be cornered! 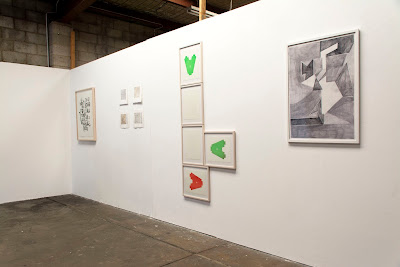 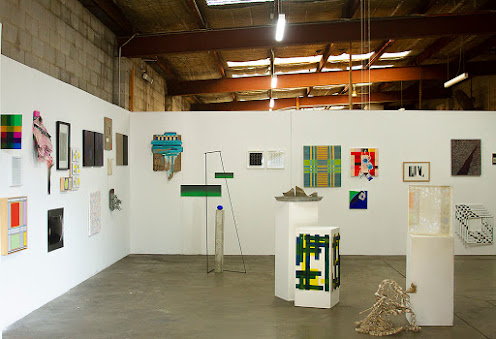 Our mission is to provide artists with opportunities to expand their practices, to share and collaborate and to develop connections across Australia and around the world.
Our Sydney program includes the Front Showroom, which runs on a two-week changeover, the smaller Office Space, in which exhibitions go for four weeks, and a fun under-the stairs exterior wall, which changes every three months.
Floorplans available here.
If you have a project that fits in with our non-representational program, send an email to factory49@optusnet.com.au with a brief outline of your practice, examples of the work you wish to exhibit or other details of your proposed project and we'll get back to you with more information.